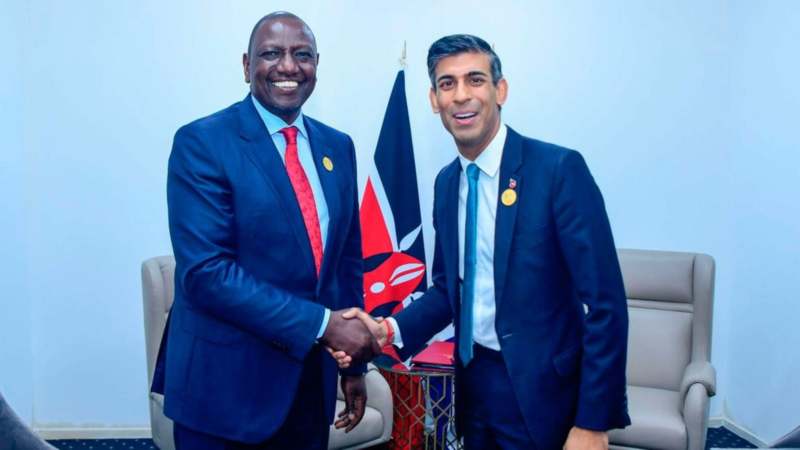 Kenya has made investment deals in upwards of Sh3.6 trillion ($30 billion) at the ongoing climate conference in Egypt, President William Ruto has said.

The head of state said the deals were made during his two-day visit to Sharm el-Sheikh, Egypt.

“We are leaving Egypt with investments upwards of $30 billion, as you have seen we have signed off agreements with the UK, with private sector developers and we are leaving here with firm agreements on the exploitation of geothermal resources, wind, solar resources and shortly we will be on the highway on getting Kenya where we want her to be,” he said.

“Kenya is providing the leadership for Africa to be front and centre of the solutions to the challenge of climate change and not just a victim.”

While concluding his attendance at the 2022 United Nations Climate Change Conference after addressing a side-event of African leaders on accelerating adaptation on the continent, the President said recognition of Africa’s special needs might be difficult now but a journey of 1,000 miles begins with one step.

“We need to have a comprehensive conversation about climate change that brings on board loss and damage, we have lost over two million heads of cattle this year alone we have 4.3 million people suffering the worst drought in 40 years, the loss and damage are real.”

During the side event, President Ruto said climate change has emerged as one of the greatest threats to life on earth.

“It is also a very serious challenge to human well-being globally, with particular intensity on the African continent.

“The Sixth Assessment Report of the United Nations Intergovernmental Panel on Climate Change published in August 2021, has singled out Africa as singularly vulnerable to climate and weather extremes,” he said.

“It is imperative that urgent measures be taken to effectively cushion Africa’s peoples, their livelihoods, economies and communities and rapidly eradicate vulnerability.

It is for this reason that accelerating adaptation is a matter of high priority throughout Africa.

“The escalation of global warming is worsening climate impacts, putting our countries at serious risk of adaptation limits being quickly overwhelmed, leading to unbearable loss and damage.

“Every slight increase in warming has far-reaching and often irreversible negative effects,” he said.

Warming at rates above 1.5°C, he added, could trigger multiple tipping points that would fundamentally alter the earth’s climate systems.