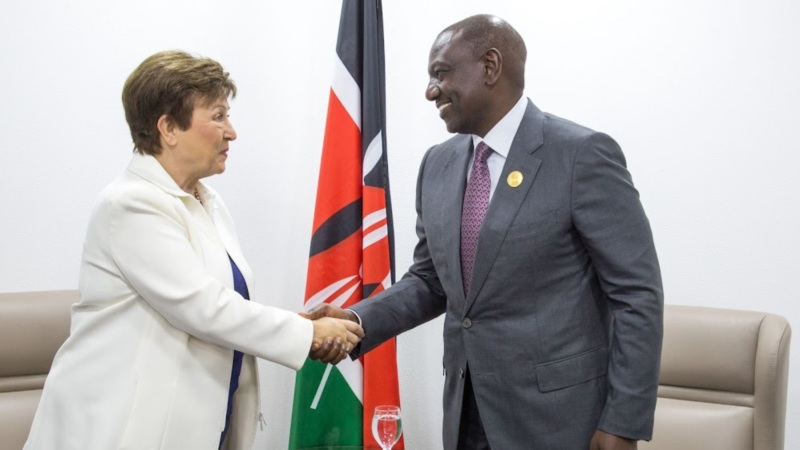 The IMF staff has reached a staff-level agreement to disburse $433 million (Sh52.8 billion) to Kenya as part of a $2.34 billion loan approved in May last year.

This is part of the fourth review of Kenya’s economic program under the EFF and ECF arrangements.

"The agreement is subject to the approval of IMF management and the Executive Board in the coming weeks," IMF's team led by Mary Goodman and Tobias Rasmussen said in a statement.

According to the international lender, Kenya would have access to SDR 336.54 million (equivalent to about $433 million), bringing the total IMF financial support under these arrangements to about $1,548 million (Sh187 billion).

The lender termed Kenya's economy as resilient in the face of a challenging environment.

It has projected the country's Real GDP to grow 5.3 per cent amid domestic policy tightening and a global slowdown that are likely to also weigh on growth in 2023.

"Food insecurity has increased on a severe drought in parts of the country. Higher food and energy prices have pushed up inflation and pressured the external position," IMF said.

At the same time, the peaceful completion of elections has lifted uncertainty and credit to the private sector. The medium-term outlook remains favorable, supported by proactive reform efforts by the new government.

“There has been good progress on fiscal adjustment needed to address debt vulnerabilities through pressures remain elevated," IMF said.

This was supported by strong tax revenue, which increased from 12.6 to 13.7 per cent of GDP.

However, a constrained borrowing environment meant that planned external commercial financing did not materialize.

The lack of funds contributed to 0.7 per cent of GDP in unpaid obligations that were carried over to FY2022/23.

"Significant unbudgeted spending in the early months of this fiscal year, much of it for fuel subsidies, pose an additional challenge."

To access the loan, Kenya is expected to continue with structural and governance reforms.

This includes completing efforts underway to publish beneficial ownership information for awarded government contracts, which will be a major step towards greater transparency and accountability.

It is also expected to ensure reform of financially-troubled state-owned enterprises—including Kenya Airways and Kenya Power and Lighting.