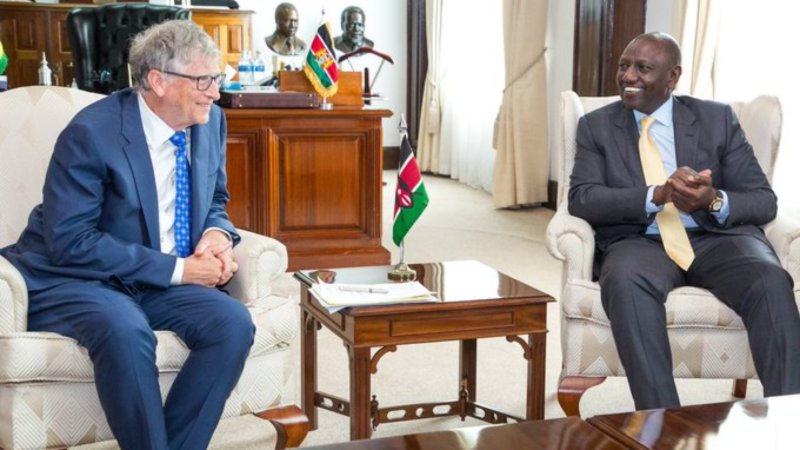 The Melinda and Bill Foundation has announced plans to set up a regional office in Nairobi.

State House made the revelation after billionaire businessman Bill Gates who is on a tour of Kenya met President William Ruto on Wednesday. He did not given a timeline.

"The regional office will expand and enhance the Foundation's work in healthcare, agriculture and ICT in Kenya," a statement released by State House said.

The foundation has for over 20 years been involved in fighting poverty, disease and inequality around the world.

Ruto commended the foundation for its work and impact in Kenya.

He added that Kenya is committed to allocating more resources to community health workers to enhance primary healthcare in the country, a key component of the Universal Health Coverage programme.

The Microsoft co-founder arrived in the country on for a series of engagements including a visit to Makueni county where he met governor Mutula Kilonzo Jnr.

It is his first visit since he was last in Kenya 12 years ago.

“We look forward to seeing its success,” Gates said.