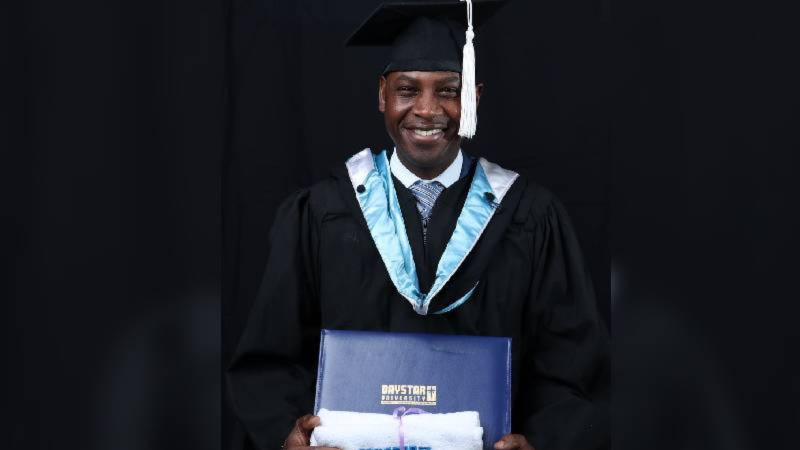 Comedian Walter Mong’are aka Nyambane has graduated after more than 26 years since he enrolled for a degree.

Mong’are took to his Facebook to celebrate his new achievement from Daystar University.

He uploaded photos of himself in a graduation gown with the caption, “God has been faithful. Glory be to the highest. Thank you for your prayers and encouragement.”

In the run-up to elections, Mong’are kicked up a storm after Kenyans questioned how he completed his degree at the institution in just seven months.

At that time, he was seeking to be cleared to run for the presidency on a Umoja Summit Party ticket.