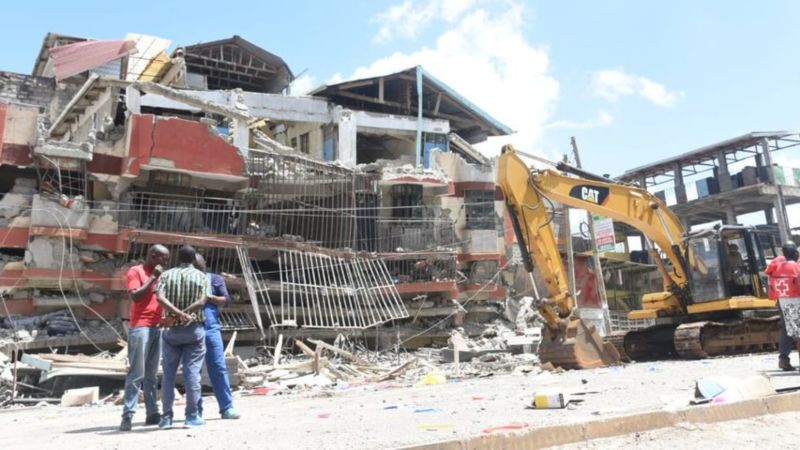 A five storey building collapsed in Ruiru, Kiambu County, Monday morning a few hours after Governor Kimani Wamatangi ordered evacuation of over 100 tenants before the collapse.

No tenants were inside the facility that local authorities had condemned  citing poor workmanship and accusing the developer of not seeking approval  before embarking on the project.

"The building that had 140 tenants caved in around 4am Monday. No tenant was inside after Governor Wamatangi ordered  all the tenants  on the said  building to vacate. This was after a crack was noticed on its wall," Samuel Kahura, head of Kiambu Fire Brigade and Rescue Service said.

"Things  would  have been worse were it not for the intervention  of the governor who made it compulsory that no tenant  should remain in that building,"  Mr Kahura added.

The ill-fated building is located near Ruiru Police Station.