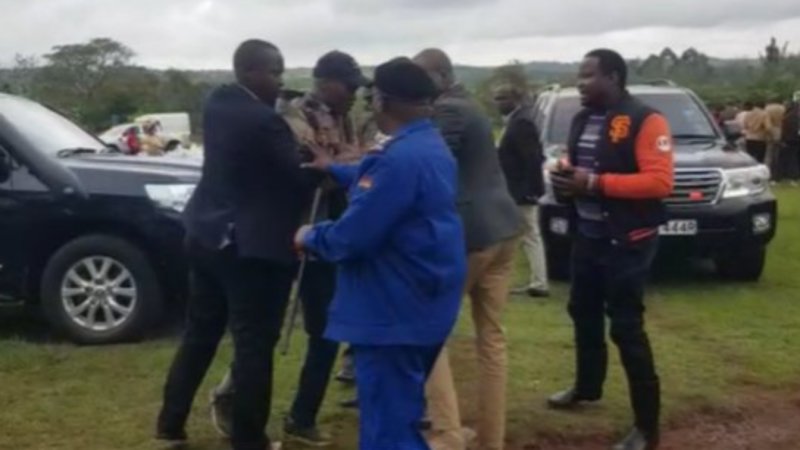 The Media Council of Kenya (MCK) has called for investigations into an attack meted on a journalist by security detail attached to second lady Dorcas Gachagua, during a food distribution drive.

In the incident circulated on social media, security officers are seen roughing up the journalist with one landing a heavy blow on him.

The Nation Media Group journalist had gone to cover the food distribution exercise in Murang’a County which was being overseen by the second lady, when the incident happened.

Media Council Chief Executive Officer David Omwoyo condemned the act, terming it shameful and that it should be punished.

“It is regrettable that despite clearly displaying his media badge, and following all instructions given by security officers, the journalist was physically assaulted and verbally abused yet he posed no danger to anyone,” Omwoyo stated.

Omwoyo raised concerns over a worrying trend where plain cloth security officers guarding government officials act with impunity and attack journalists who are carrying out their duties.

He noted that press freedom must be respected and protected at all times.

“The Media Council of Kenya urges the Independent Police Oversight Authority (IPOA) to identify, publicly name and take appropriate action against the officers involved,” he added.