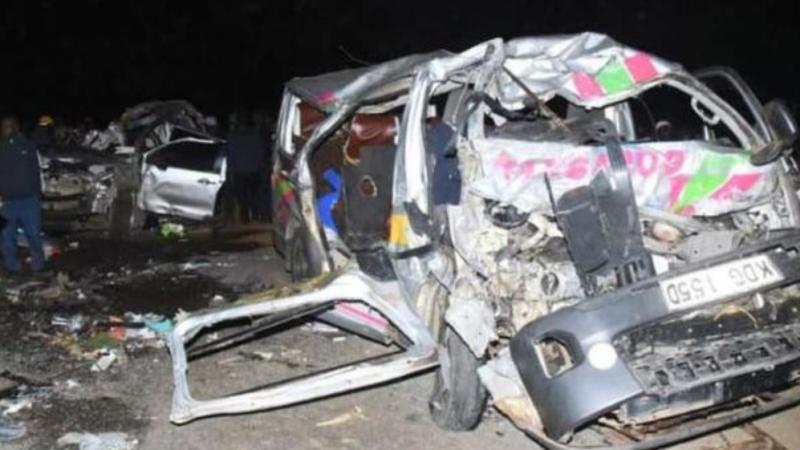 Kenya Urban Roads Authority (KURA) has reported the death of their 3 staff in a road accident, along the Eldoret- Kitale highway, which claimed six lives.

According to KURA Director General John Cheboi, the accident involved their official vehicle, unidentified tractor and a Public Service Vehicle (PSV) along Eldoret Southern bypass near Sosiani bridge at around 0630 hrs.

It is reported that preliminary information from eyewitnesses confirm that a tractor which was loaded with a sheller suddenly emerged from a feeder road, causing confusion and panic among the two drivers leading to a head on collision.

Following the incident, traffic police and members of the public rushed the injured to Moi referral hospital.

“Six lives were unfortunately lost in the accident, three of them being our staff and another three being a driver and passengers in the PSV heading to Kitale,” Cheboi stated.

Cheboi reported that they have already reached out to immediate family and relatives of the victims, even as police undertake investigations and search for the owner of the tractor which disappeared from the scene.