Subscribe to RSS
A student at Ngara Girls commits suicide 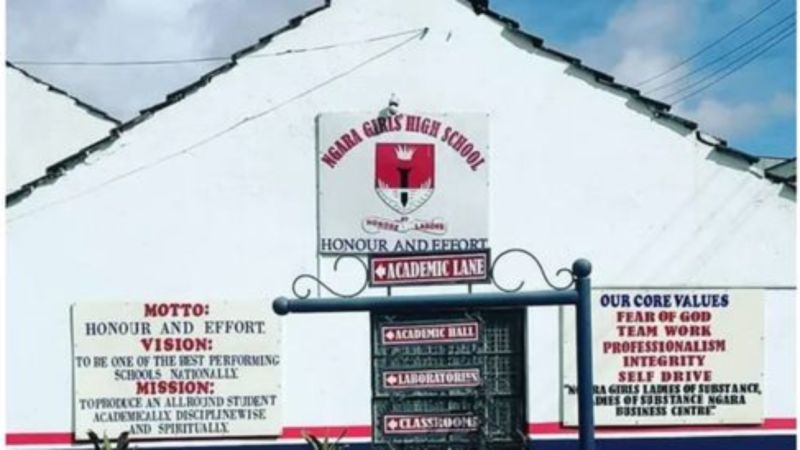 Ngara Girls school management have made public details of a form 1 student who unsuccessfully tried to take away her life in school.

The student jumped off the first floor.

According to the school, the student had earlier inquired from another student how one can take her life.

Luckily she survived the incident which occurred on 15th November,2022.

Below is a statement from the school

This is to report an incident in the school on the night of 15' November 2022 in the students' dormitory at 7.10pm.

Form 1 Purple had not signed the roll call.

The dorm captains, the school nurse, matron  and senior teacher , assisted by two lady guards  to search the dorms."

"The student was found at 7.15pm, having jumped from first floor of topaz dormitory.

She was rushed to Ladnan Hospital, Panganl, Ole Thruba Road and arrived there within 15 minutes after the fall accompanied by the school nurse and matron.

An Xray has revealed that her chest was not affected/ was clear, but her lower limb had a fracture. The patient was transferred to MP Shah Hospital for a CT scan, but later moved to Aga Khan Hospital where resuscitation gi treatment began.

Unfortunately the patient passed on at about 12. midnight."

The student sadly passed away.

"Two notes were found in the students' bag stating that without the father staying with them, she had no desire to go on living, She had enquired from a student earlier how one can take their lives if they wanted to die.

Another note was found on the students' pillow written to the mother stating how hurt she was when the mother chased her away when she went to console her  after a fight with the father." 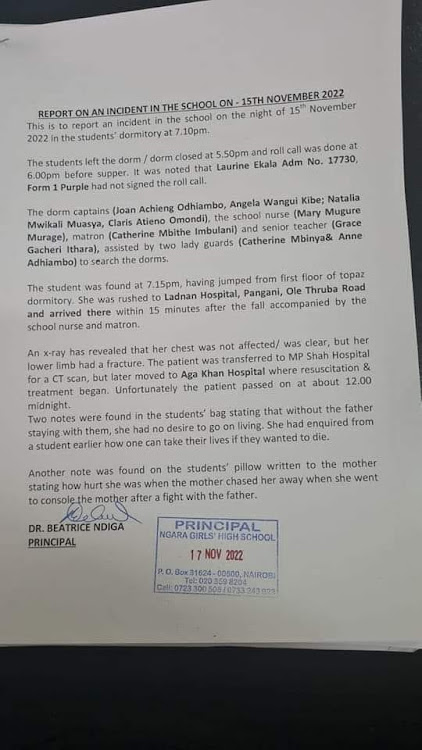